Here is a short description and field reports of our cameras and photo equipment.

Our first digital camera. The market launch was in 2003, a highlight at the time. Power was supplied by 4 AA Mignon cells (accumulators or batteries). The camera had a resolution of 3.2 Mpixel. The pictures were clear and brilliant. The sensor had 1/2.7-inch CCD (5.3×4 mm) with a crop factor of 6.0. 10x optical zoom and 4x digital zoom as well as a focal length of 38 to 380 mm (adequate KB) at a speed of f2.8 to f3.5 were further attributes of the camera. 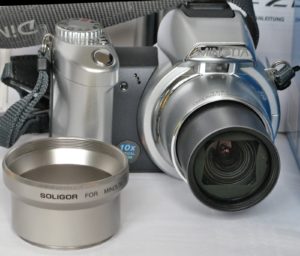 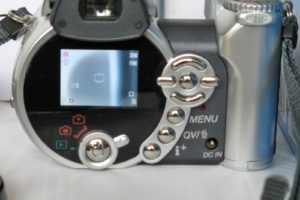 In addition to the Minolta Dimage Z1, we purchased the Panasonic LC-50. 3.2 Mpixel. The camera was more compact and for the power supply we needed 2 AA Mignon cells (accumulators or batteries).
The market launch was in 2004, when clear images with a resolution of 3.2 Mpixel were a good average. A CCD sensor 1/2.5″ (5.8 x 4.3 mm) with a crop factor of 6.0 were further attributes of the camera. 3x optical zoom and 3x digital zoom and a focal length of 35 to 105 mm (adequate KB) at a speed of f2.8 to f4.8 were well suited for urban photography.

Canon Powershot A710 IS

The camera had a 6x zoom, image stabilisato. The center resolution of the images was good and remained constant right into the corners. The Kammara was powered by 2 AA batteries. The unit was very compact and handy. 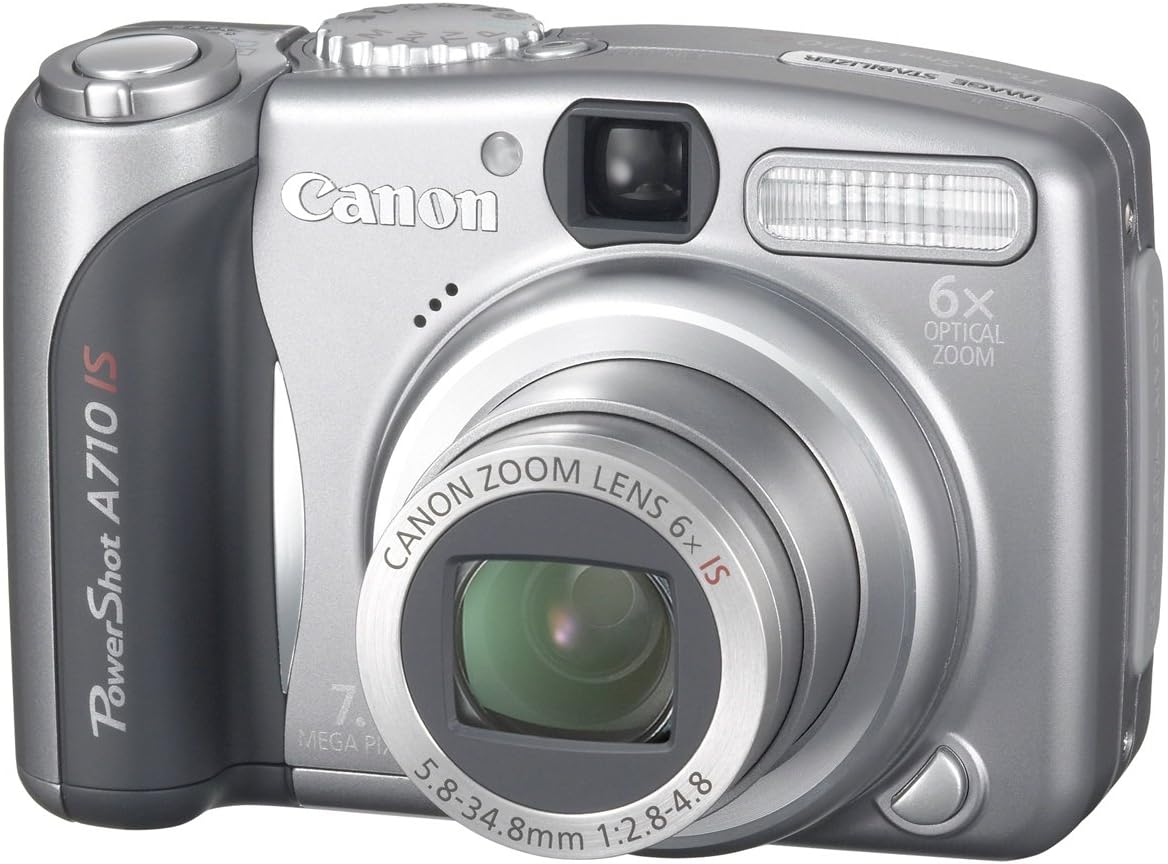 Digital cameras quickly get on in years. Test reports about the Samsung WB 200 made us sit up and take notice. The camera impressed us with its enormous 18x zoom and built-in image stabiliser. For us, the camera served very well as an always-on camera. 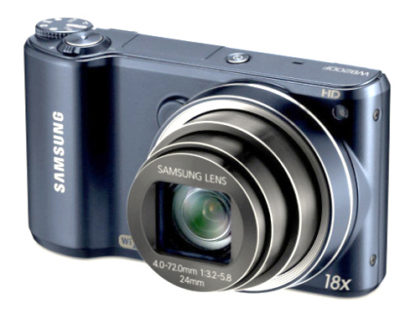 Our first digital SLR camera with an APS-C sensor.

The SLT-58 was the successor to the SLT-37. The image quality was significantly improved.

It was hard for us to say goodbye to the digital Sony SLR world. The quality of the photos was quite good for our requirements. The compact size and the future of SLT cameras spoke in favour of the Sony Alpha 6000.

The Sony SEL 18-55mm was offered as a standard zoom on the NEX series. We bought it second-hand through an online marketplace.

To say goodbye to the analogue world of compact cameras, we bought a Sony DSC-RX100 III. Here we were fascinated by the very compact design, the better wide angle, which is excellent for city trips, and the consistently very good test results. We like to use it as an always-on camera. 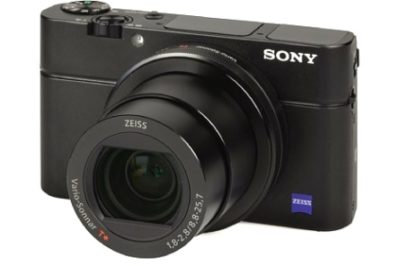 Our first camera was an Akarette 0 built in 1949 with the lens Schneider-Kreuznach 1:3.5 / 50 mm No. 2293048. The Akarette is a 35mm viewfinder camera with interchangeable lenses and switchable viewfinder between 50 and 75mm focal length.

The camera was in use until the mid-1970s. The films used were Agfa and Kodak colour negative films, usually 100 ASA. The camera was built by AkA Apparate & Kamerabau GmbH Friedrichshafen. The company was founded in February 1946 as AkA Apparate und Kamerabau GmbH in Bad Wildbad / Black Forest. At the beginning of April 1949, the company moved to Friedrichshafen / Lake Constance. In 1957, the company was renamed Apparate und Kamerawerk GmbH. After bankruptcy in September 1960, Arette Feinwerktechnik GmbH was founded. The company went out of business for good in 1963. 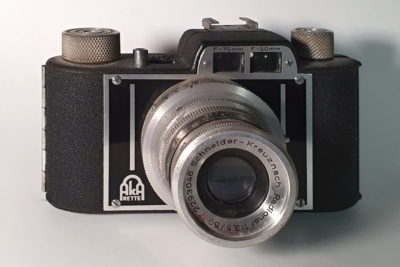 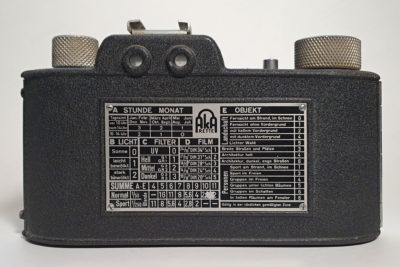 The Akarette was followed in 1974 by the Agfa Agfamatic 1000 pocket sensor, an easy-to-use and extremely compact pocket camera for 110 pocket film in 13 * 17mm format.  No great demands were made on the picture quality. The camera was built until 1976.
We used the camera until the end of 1979.

Our first mirror reflex chamber was a Carena SRH-1000 from Photo Porst (1979). The lenses had to be screwed onto the 42mm thread.

The camera was launched in 1978 and was a 35mm 35mm CDS/TTL SLR camera. The lens mount was based on an M42 thread. A cloth focal plane shutter, horizontal release with shutter speeds 1- 1/1000 sec and Bulb were a modern feature for the time. A Carenar 1.7/50mm standard and a 2.8/135mm telephoto lens were available. The films we used were Kodak colour negative and colour slide films, usually 100 ASA.

Back in 1981 we decided to buy a Pentax ME SLR camera. At that time, there were several well-known 35 mm SLR camera manufacturers with similar features. The decision criterion for the Pentax ME was the compact size, the automatic mode and of course the bayonet mount for the lenses.

The market launch took place in 1976 and the camera was produced until 1981. The camera already had an aperture priority (Av) with an exposure mode but with the possibility of an exposure correction of +/- 2 EV. Av, X and B modes were available. With a centre-weighted metering range, shutter speeds of 1/1000 – 8sec and Bulb were available. Exposure metering was TTL (Through the Lens) with open aperture.

The lenses were connected via a Pentax K bayonet, which was introduced with the Pentax ME, among others, and allowed the construction of compact lenses.

After a mechanical defect of the Pentax ME, we decided to buy the successor model Pentax ME Super in 1984.

The Pentax ME Super was built as a further development of the Pentax ME from 1980 to 1987. Shutter speeds of 1/2000 – 4sec and Bulb were now available. The automatic mode could be used over the entire exposure time and also well beyond 4sec. A robust metal focal plane shutter from Seiko was now built in. The film speed could be set from 12-1600 ASA.

The Pentax ME-Super served us well for 3 years. After a mechanical defect, we bought a Pentax Program A in 1987. The reason for buying it was, of course, the Pentax K bayonet mount.

Built until 1988 …Further development of the Pentax ME-Super …

2000 – The last analogue KB camera purchased, 27-70mm. Handy and for this compact analogue camera you got relatively good photos. 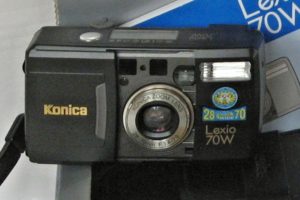