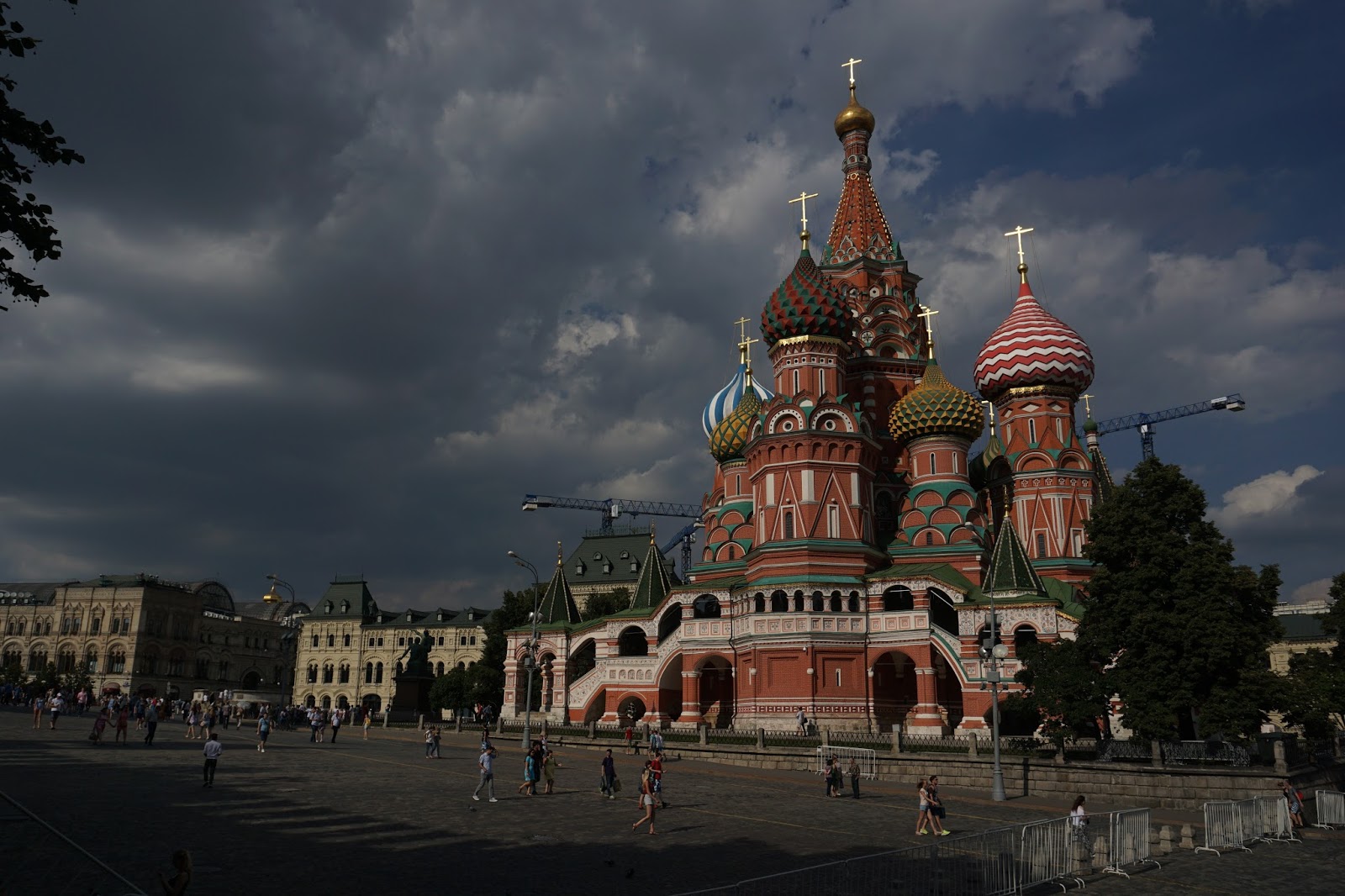 The countdown has started…

San Diego – Balboa Park  –  The preparations for the trip to Russia are in full swing!

With the S-Bahn we went from Tamm to Stgt Tiefbahnhof at 5.10 am. The arrival was at 5:33 am. We continued on foot via the escalator and the Mitte entrance at Stgt Hbf to the platforms. From platform 9 at 5:49 a.m. an ICE train was supposed to take us to Frankfurt Airport, followed by the highlight in the morning! A frustration report according to the photos, an Airbus A320 of Lufthansa brought us to Pulkovo Airport in St. Petersburg.
The airport is located about 15km south of Saint Petersburg and has the ICAO code ULLI and the IATA code LED.
The passenger volume of the Airport LED is about 80 percent of the passenger volume of Stuttgart Airport. After the passport control and the collection of the luggage we went with the pick-up service in the Mercedes in Stadt to our Hotel Vedensky.

When we reached platform 9 at 5:40am we just saw an ICE train leaving! At first we didn’t think anything of it, then we learned – Oh shock in the morning hour – it was the ICE that should bring us to Frankfurt Airport! Oh well! We were not the only ones who missed the train. Remember the train left 10 minutes earlier due to construction sites on the track. This was nowhere indicated. So there we were, standing there like drunken poodles!!! With other people I went to the train information. It is located in the main building. Walk back 500m again! Two counters were occupied, there were people at both, so that we had to wait. when we were at the Re ihe a counter closed, although this was still occupied with a railway employee. After innumerable minutes, we already wanted to move again from Dannen, because the process at the 1st switch did not want to end and at the 2nd switch the window was not opened. Out of annoyance I took a photo for documentation and then we wanted to return to the platforms, which was too much for the lady at the counter. She immediately called loudly for the police – to take a photo of a railway employee at her workplace without being asked, that is not possible! Now the railway employee from the 1st counter came along as reinforcement. Both asked me to delete the photo in unison and loudly, otherwise the police will pick me up. As a compromise I received a confirmation that the ICE departed 9 minutes earlier!!! than shown in the timetable. Then the confirmation was also filled out wrong, which I only noticed at platform 9. So go back 500m and get a new confirmation with the correct earlier departure time of 5:40 instead of 5:49.

With the next ICE at 6:38am I went to Mannheim.

In the train I clarified with the travel agency what to do if we should not reach the flight to St. Petersburg. Recommendation: Book a new flight and pay first. Next I called Lufthansa. The employee was very friendly and noted our names at the check-in to speed up the process from check-in to boarding if necessary.

Arrived in Mannheim and when changing to the ICE train that was supposed to take us to Frankfurt airport, the next highlight followed immediately!

The ICE was packed. We just managed to get a standing room at the door. Standing like in a tin can we went to Frankfurt airport, nice conversation with a Turk who had to go to Düsseldorf airport included!

With 66 minutes delay at 8:12 am we reached Frankfurt Airport. We had luck! As we were standing at the door of the ICE we could go first to the elevator and directly to the Lufthansa check-in at the train station. A friendly family let us go first!

The check-in was successful for now!

Now we went quickly to the passport control and the security! When both hurdles, including queuing, were overcome, we reached our Gate B33 at 8:45 am, just in time for the boarding time! Get in, Inge sat in the front right and I sat in the back left on a middle seat. Take-Off and off to the LED Airport!

Thank you for travelling with “Deutsche Bahn”!

Today our 3 person travel group (the two of us and Mr. Schuster from Bavaria) was on the road with the tour guide Natalia and the driver Alexander. Natalia grew up in Saint Peterburg, speaks very good German and knows everything about the city!
We visited the oldest house, the warship museum, the Peter and Paul Fortress, made a stop at the St. Isaac’s Cathedral, and after lunch with the tour guide in the hotel we set off alone. First we went with the Metro into the city. Metro travel is quite simple and cheap: Insert a so-called token (costs 35 roubles, approx. 50ct) and you can travel as long and as far as you want until you “emerge” from the Metro system again. Emergence is the right word! It goes down to 100m below sea level and when the rain started we took a one-hour boat trip with a Russian guide.
After docking, a cloudburst broke down over the city. It gushed like out of buckets. Protection was provided by a telephone canopy and an umbrella that we had bought in Hong Kong!
Completely soaked through we warmed up in the Cofeinaya Gamma in the Newski Prospect. Some food and a cappucino helped us to get back on our feet and to take the metro to the hotel.

Today we explored Saint Petersburg. With the Metro we went to the Vitebsky Station.
Then we took the metro to Moscow station. On foot we walked from Moscow station over the Nevsky Prospect to the stock exchange of St. Petersburg with a detour past the Blood Church. A window seat gave us a magnificent view of the Nevsky Prospect and the Kazan Cathedral, and the metro took us to the sports park at the end of the Bolshoy Prospect. On foot we went on to our hotel.

Today was the last day in Saint Petersburg. After the city tour we went back to the hotel.
From there Natalia took us by taxi to the Moscow train station.
After passing through a Secrurity – like at airports – we went to the express train car 5. After the passport control, yes, you need a passport in Russia, even when travelling by train, we took our seats.
The price included drinks and food for 2000 rubles. The ride was pleasant – the train was built by Siemens in 2012.

Very nice location on the Gulf of Finland. Great and diverse cultural and historical city!
Always worth a trip!

After a 4 hour train ride we arrived at the Lenin station in Moscow at 23 o’clock. The tour guide Irina picked us up at the station and took us to the Hotel Azimut.
The hotel is located right next to the Olympic Stadium where the 1980 Olympic Games in Moscow were held.
At that time without the majority of western states. They boycotted the games because of the invasion of the Soviet army in Afganistan. Some of you may remember it.

Today the tour guide led us through the city in a minivan. The group now comprised a total of 12 people. First stop was the Red Square – magnificent. Visit of the department store Gum – great old building. exclusive shops.
The tour continued to the Khram Khrista Spasitelya – Cathedral of the Redeemer. On we went to the vodka tasting – in the souvenir shop! Next stop Novodevichiy Monastyr – Monastery of the New Virgins. Stop at Смотровая площадка на Воробьёвых горах – Sparrow Mountains with Moscow State University and ski jumping hill.
Last stop at the restaurant Жигули – lunch together.
Afterwards we walked through the pedestrian zone to Министерство иностранных иностранных дел России – Ministry of Foreign Affairs of the Russian Federation! Thanks to Irina: that was the end of the competent tour. On foot we walked to Red Square and strolled through the pedestrian zone. After a small snack we took the metro home. We bought a ticket for twenty trips – costs 32 roubles per trip, which is about 50ct. In the Metro the stations are mostly written in cyrillic. That put us to a hard test for the first time. When we had seen through the systematics it was quite simple.

Today we were scheduled to visit the Kremlin. After breakfast we took the Metro, first Orange Line, then change to the Red Line, direction Kutafiya Tower. There is the entrance to the Kremlin.

Oops! Long queues at the entrance and at the ticket sales. It seems all of China wants to visit the Kremlin today. After about 90 minutes we had our ticket. At the entrance we sneaked past a Chinese travel group. We had successfully passed the security check, as known from airports.
At 12:00 noon sharp we were in the Kremlin. First we wanted to visit the buildings on the left side. There is also the Senate building, known from TV, when Putin walks through golden doors to the speaker’s desk. However, we were literally whistled back and we were strictly informed: Niet.

Afterwards we visited the many sights in the Kremlin – according to the rules of course! After visiting the Kremlin we headed towards the Bolshoy Theatre and we strolled through the many pedestrian zones outside the west side of the Kremlin. We enjoyed the dinner in the Ulitsa Arbat.
Finally we visited the magnificent metro station Komsomolskaya (brown line at Lenin station).
There are real palaces of metro stations here, which are up to 100m underground.
This was done at the instigation of Stalin:

“If the workers have to go to work, they should at least be able to enjoy magnificent metro stations”.

Today a boat trip on the Moskva was on the program. A walk led us past the Olympic Stadium. Through the Ekaterininskiy Park (Екатерининский паркam) we went to the metro station Dostoyevskaya. The Metro brought us to the Kiev station (Kiyevskaya).

From the landing stage at the Kiev station we started our boat trip. Which should end after about 100 minutes at the Novospasskiy Most. The boat trip took us past the Sparrow Hills, Gorky Park, the Church of the Redeemer and the Kremlin. A trip that was definitely worth it.

Afterwards, we strolled through the shopping street at the department store Gum over the Red Square passing the Tretyakov Gallery up to the subway station Tretyakovskaya. With the subway, we went through several changes up to the station Kutuzovskaya. From there we had a nice view to the modern Moscow City with its glass skyscrapers. Here is also the OKO – Residential Tower, with 354,1m the highest building in Europe.
We finished the day with a blini at Tepemok.
That was it with Moscow.

Return flight from Moscow to Frankfurt

Today we went by taxi to Domodedovo Airport. The airport is about 42 km southwest of Moscow. The passport control took a felt eternity. 10-15min per passenger are not unusual. Mind you, it was about the departure.
Lufthansa brought us with an Airbus A320 to Frankfurt with a short delay.
An ICE train brought us to Stuttgart – this one also left not earlier than planned – with the RE of the suburban train we reached Tamm.

Cosmopolitanism and metropolitan character are the hallmarks of Moscow. Many, many great sights and a clean and lively city. Worth a visit every time!