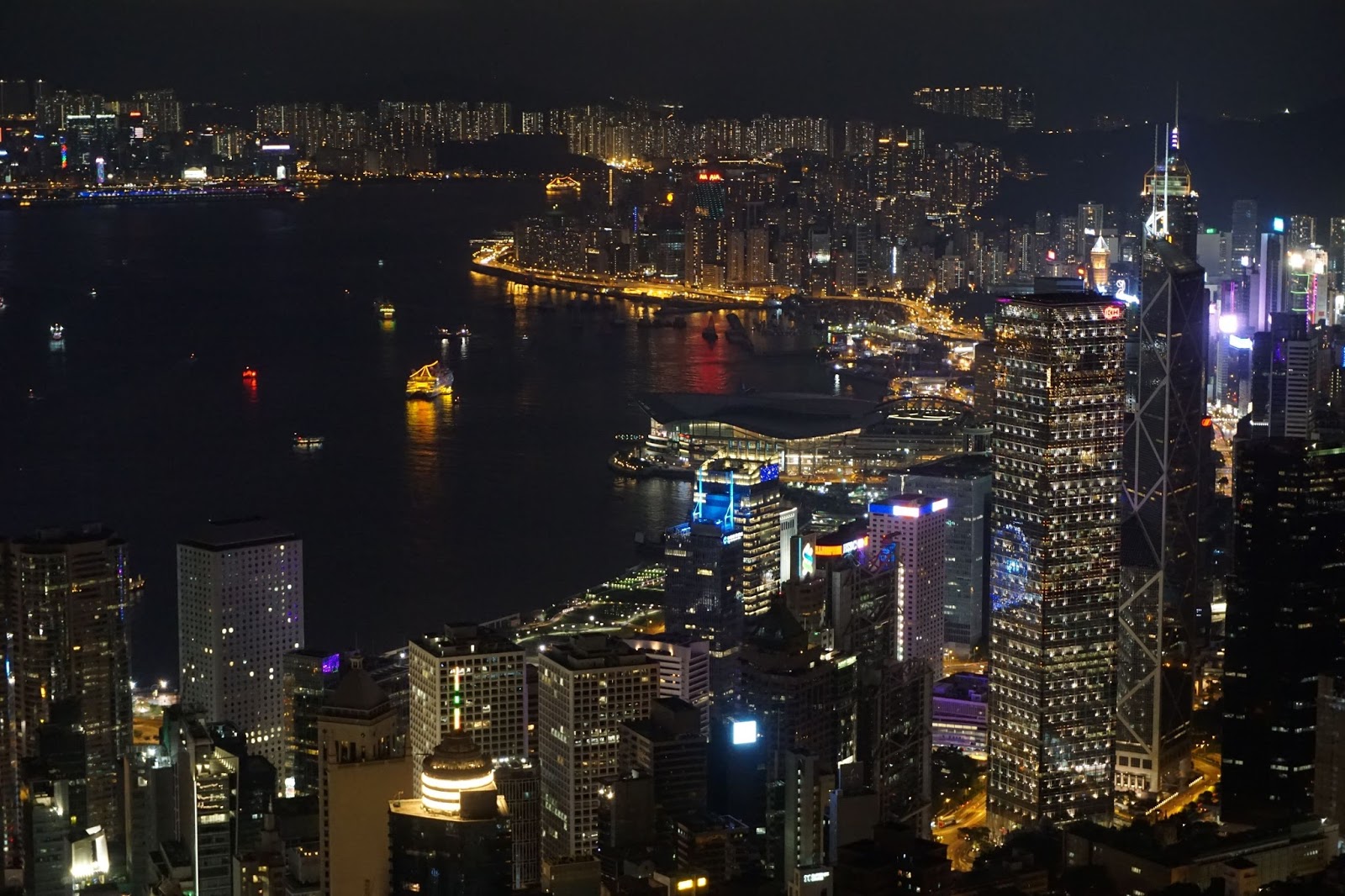 Flight from Seoul to Hong Kong

Internet desert Hong Kong. Internet access at the hotel costs 125HKD/d. There we have renounced it.
Getting up early was the order of the day. Check out and go to the bus stop Ch………….
The bus 723 took us to Airport Inchion at about 5:10 am. Arrival at 6:00 am. There was already a lot going on at the airport. Different from Narita, the so called International Airport of Tokyo. There was nothing going on at that time. There the first flight took off at 8:50 am – and that in a world metropolitan region with 32 million inhabitants!

The flight with the 747-400 started punctually at 9:00 a.m. After 3 hours and 10 minutes we already landed in Hong Kong.
With the bus A21 we went from the airport to Kowloon. The bus stopped directly in front of “The Kowloon Hotel”. We can only recommend the bus. Especially since the bus is quite cheap with 33HKD. The Airport Express costs 95HKD and stops 5km away. Because of the construction sites there you have to add the taxi with 70HKD.

Today the peak and the visit of Sky Terasse 428 (stands for m above sea level) in Hong Kong Island was on the agenda.

At first we had breakfast at McDonalds (there you can surf the internet for free for at least 1 hour).

With the ferry Starferry we went from Kowloon to Hong Kong Island. 2HKD per person.
On foot we hiked to the valley station of the Peak Tram at a humidity of 90 percent and 32° outside temperature.
83 HKD per person was the transport up to the station of the Sky Terrace 428.

Arrived at the Sky Terrasse – What a great view over Hong Kong!

Afterwards we hiked on the Peak Circular Trail about 3.2 km around the Peak. The first meters give the impression of being in the jungle, subtropical rainforest.

After about 800m there is a place with a fantastic view over Hong Kong. Better than from the Sky Terrace! The tip was in our travel guide!
Then came the rain! Wet! It was pouring out of buckets, as it is usual there at this time of the year. After 15 minutes the spook was over again. But we were wet! Now we knew why the locals always carry an umbrella. Protects from rain and from sun!

After the round trip we had a cappucino at Starbucks to “warm up”.

With the Peak Tram we went back to the valley. Further to the landing stages and with the Star Ferry and back to Kowloon. This time it cost 2,5HKD. Why the return trip is more expensive was not revealed to us.

On foot we walked through the Kowloon Park with a great swimming pool at the end. We went on to the Bistro C1 for dinner. Was OK.

After a short walk through a market we went back to the hotel.

Today we visited the Jade Market.
As always breakfast at McDonalds due to the internet.

Then we bought an Occtopussy ticket. This is a prepaid metrocard (MTR). Charge it, hang it up when entering and leaving the metro station, it is simply debited. From 65 on you can buy the Octopussy senior ticket. We then went 2 stations to ….
On foot we went to the Tin-Hau Temple and further to the Jade Market. On the way we bought 2 polo shirts and 2 t-shirts at Beleano (199+99HKD).
Further we went to the Jade Market. Inge negotiated 2 bracelets and a turtle well!

Afterwards we looked for the ticket office for the China Ferry which should bring us to Macau. Because of the many construction sites we wandered around a bit or better hard. A Hong Kong Female Travelguide helped us to find the ticket office.

We visited the sculpture park in Kowloon Park.

For dinner we went to 1964. It was OK. Then we took the MTR to the Jordan Station and on to the Night Market.

Really a great market. I bought a Bose soundspeaker for 120 HKD – look at this!

Today we visited one of the great beaches on Hong Kong Island.
With bus 260 we drove from Exchange Square to Repulse Bay – great beach.
Our walk on the beach was interrupted by a heavy rain shower.
We continued with bus 73 to Stanley.
Nice boardwalk and the Murray House. The building was actually located on Hong Kong Island in the center and was transplanted to Standley for the construction of the Bank of China building.
Back we went with bus 973 via Aberdeen left past the peak through the big tunnel directly to Kowloon.

Dinner was at the King Ludwig Beerhall in Kowloon.

In the evening we went to the Peak. Puh the queue at the Peak Tram felt 1000m. Wate time 100min. At the top we were rewarded with a great night panorama of Hong Kong.

We didn’t go to the Sky Terrace – it was hopelessly crowded – but took the path below the peak.

After about 1km you get a great view over Hong Kong, and that at night.
Incredible!!!!
But there were also many people there. Especially photographers with tripod and high-end camera.

The return trip was similarly long as the ascent.

Today we “flew” with the Turbo Jet to Macau – the former first European/Portuguese outpost in Asia. After a few hours we were there.

Macau was returned to China on 20.12.1999 and is a so-called SAR (Special Administrative Region) or in German a special administrative region like Hong Kong with its own currency, the Patacas (Ptcs).

There is the historical colonial part to visit, if the mass of people allow it!

Then there is the modern part, which mainly consists of casinos. From Wynn to MGM and Venezia building temples, everything known from Las Vegas is represented, just a little bit bigger – Las Vegas squared!
On Macau, more money is made with gambling than in Las Vegas!

On the “return flight” over the sea we could see new bridges under construction from Hong Kong to Macau – 35km long, which should be completed by the end of the year!

Many greetings to the English Course!

Today was our last day in Hong Kong.
On the program was a ride with the old double-decker tram on Hong Kong Island. Very comfortable the tram drove us from Central to Causeway Bay. Actually not far. But the ride took us half an eternity. The return trip was similar. Recommended as a sightseeing tour.

Finally we had a one hour harbour tour through the Victoria Harbour at night. We started in Kowloon at sunset and were back again by dark!
Incredible!!!

On board we had a pleasant conversation with a woman from Nepal, who has lived in HK for 20 years.