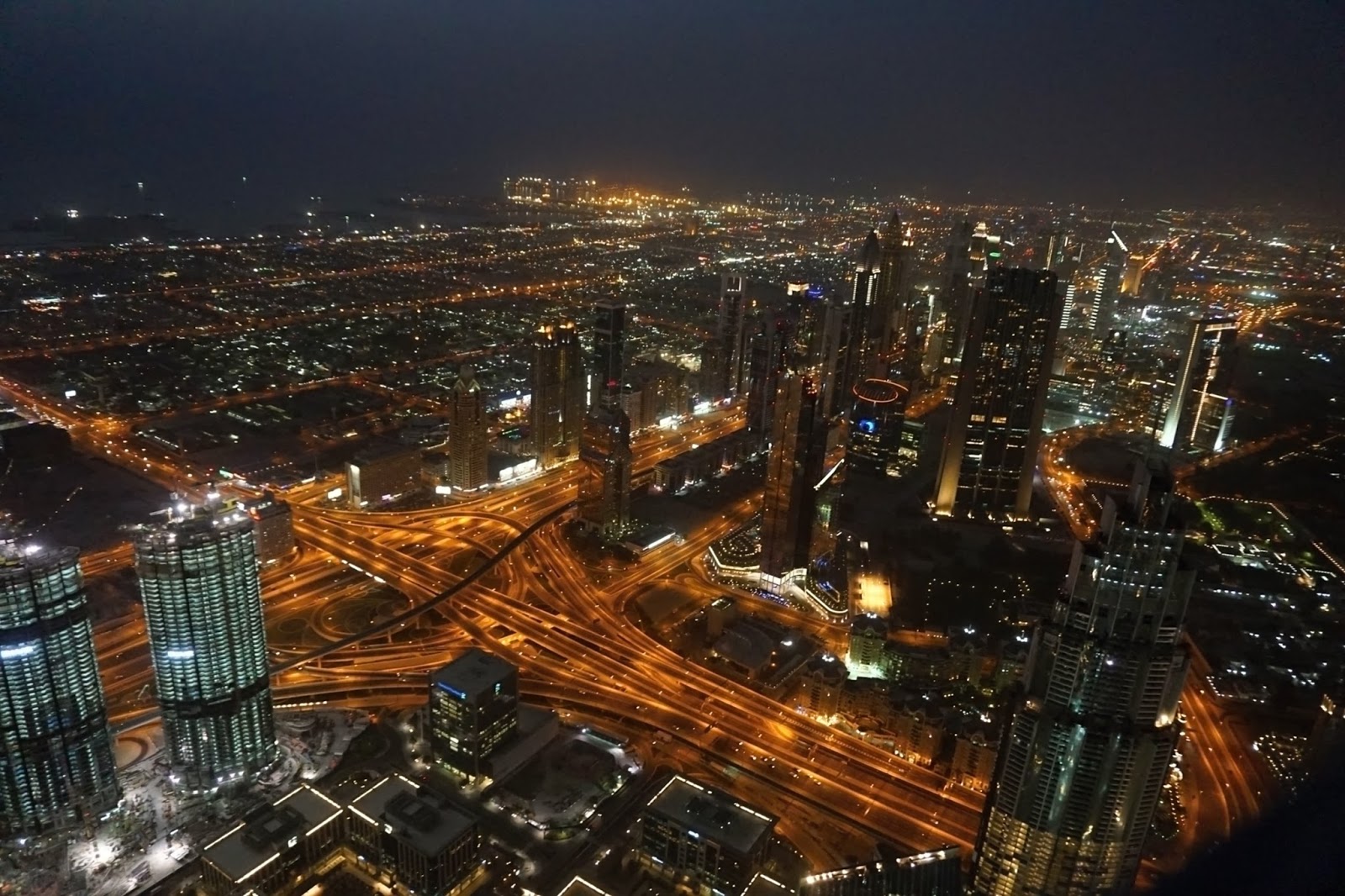 Flight from Hong Kong to Dubai

Dubai   香港    –   دبيEEmirates brought us comfortably to Dubai with a Boeing 777.
On arrival in Dubai the temperature was 39° with a humidity of almost 90 percent!
The airport is just huge!
After a long run we could pick up our luggage.
With the Metro we went three stations to the Hotel Novotel!
After check-in we took the metro into the city to the station Burj Khalifa Metro!
On foot we walked over an air-conditioned elevated walkway to The Dubai Mall – it felt like 1000 meters!
The Dubai Fountain – simply magnificent!

Today was City Sightseeing (Hop on – Hop off) with the Red Line.
The start took place at Deira City Center. We took a seat at the front seats in the upper deck.
Unfortunately this bus had no air-conditioned front compartment on the upper deck. So we had to endure temperatures around 43° Celsius. Worse was the humidity around 90 percent.

In the evening we visited the highest building in the world, the Burj Khalifa.

After breakfast we left at 9:00 am with City Sightseeing Red Line (Hop on – Hop off) to The Dubai Mall.
Afterwards change to the Blue Line, which took us to The Plam – Hotel Atlantis and back.
In the evening a trip with the Dhow Cruise on the channel of the Souk was on the program.
Finally we had dinner at The Dubai Mall and visited The Dubai Fountain.

Flight home from Dubai to Frankfurt

Pleasant flight with Emirates on the A380 from Dubai to Frankfurt over Sopron. Syria and Iraq were flown around.

A ticket is not created! Train is delayed! We’re back home!
Thank you for travelling with “Deutsche Bahn”!

Thanks to the travel agency Discovery in Tamm for the best recommendations of locations and bookings.
Flights with Emirates and Asiana and hotels of different chains.
Everything worked out great.

All in all it was a nice and eventful holiday.
We learned to appreciate the hospitality in foreign countries once again.
Tokyo a pulsating and colorful metropolis where modernity and tradition go hand in hand.
Seoul, a vibrant metropolis. Impressive our visit to the DMZ and the short visit to North Korea.
Hong Kong always busy with an amazing skyline – Macau, touristic Portugal and gambling that tops Las Vegas.

Dubai – Gigantonomy in the desert.

– Goodbye –
Until the next time