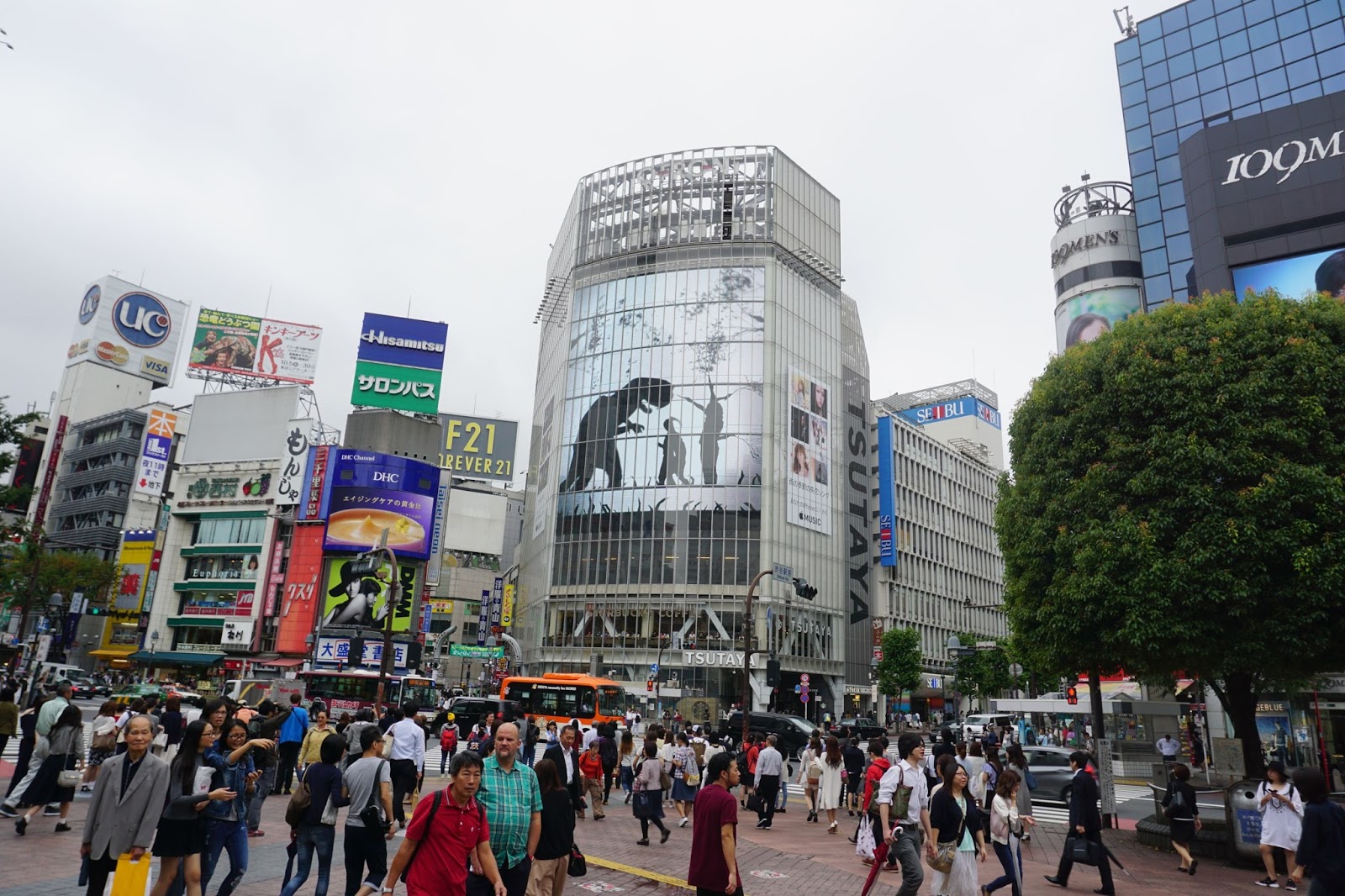 Flight to Tokyo via Dubai – We have arrived!

Our trip started with a ride on the S-Bahn to Stuttgart Hbf.

On the way to the ICE platforms of Stuttgart main station we could already get an impression of our destination station Shinjuku in Tokyo. It is shown on one of the photos of the station galleries.

Our flight with the Emirates A380 took off in Frankfurt and after a stopover in Dubai we took a Boeing 777 to Tokyo (東京) to Narita International Airport.

First impressions after a walk in the immediate vicinity of our hotel in the Shinjuku district: Bright, garish, loud.
Pure entertainment.
Crowds without end.

The highlights of the day:After the visit of the tourist information we went on to the Metropolitan Government Office (short Rathhaus). With the elevator we first went up in the South Tower to the 45th floor. What a great view. Unfortunately the weather was a bit cloudy. Then we took the elevator up to the 45th floor of the North Tower. With the Yamanote-Line – we had a day ticket – we drove to Harajuku and visited the Meiji Shrine. We could see the emperor palace from outside. We were not allowed to enter the park.
At the end we had dinner in a typical Japanese restaurant. The table height was 45 cm. We had to take off the shoes before and we were given special flat slippers. You get used to it.
Well, sometimes there are communication problems or the interpretation of the food/drink menu is not always easy. So we or better our better half had ordered a bottle of sparkling wine (Daimon Sparkling) instead of a Sparkling Water. This of course had effects on our Yen budget!
It tasted good anyway!!! Öffi: The public transport in Tokyo is a special challenge. There are several private companies, each requiring their own ticket. Well, we had decided to use the Yamanote-Line for the day, because it runs above ground as a ring around downtown Tokyo. This is an easy and inexpensive sightseeing possibility.

At HIS we bought two 72-hour tickets for the Tokyo Metro. With these tickets you can reach the most important destinations in the city center. The salesman at the HIS was a nice black man from Mali who has been living in Tokyo for 6 years. Black people are extremely rare in Tokyo.

Take the Metro – the Metro system is quite simple – to Asakusa and visit the Asakusa Shrine.

Stroll through the shopping mile

By boat from Asakusa to the boat trip to Hamarikyu Park

Visit the Tokyo Tower – Higher than the Eiffel Tower!

Dinner at 風雲児 on the 8th floor overlooking the busy street in Shinyuku.

Visit Nezu ShrineQuarter Janaka – Nezu – Older Quarter of Tokyo – Without skyscrapers, yes there is such a thing in TokyoVisit the Sky Trees (634m) -> Gigantic view on 350m platform.

After breakfast we set off to look for a post office. An employee of the hotel explained to us where we could find it. Finally! After 60 minutes we had found the post office. It was quite inconspicuously located in a shopping mile.

Afterwards we bought the ticket for the night express bus in the bus terminal. Departure 1:30 o’clock. By the way, the buses leave on the 4th floor of the terminal. Among them there is a shopping mile, a limousine terminal, Shinkansen Station, Yamanote Line, Keisel Line, Narita Express Line on 4 levels underground the stations of Tokyo Subway.

With the Subway we went on to Sibuya to the Sibuya Cross. The most photographed crossroads in the world – even before Picadilly Circus, Times Square and the crossroads at Tamm City Hall.

We continued to Roppongo to the Roppongo Hills. Well, you don’t have to have seen it. Over the Omoto Sando Boulevard and the shopping street Takeshita we went back to the hotel for a short rest.

Dinner was in the electric district. In the electrical quarter there are countless shops with partly up to 8 floors for electronic stuff. From mobile phones, computers and photos to air conditioning, you can buy everything here.
By the way, the food tasted good.

Loud, shrill, busy – interesting to have been there.