On the road in the “Ländle” – Schaffhausen, Rhine Falls 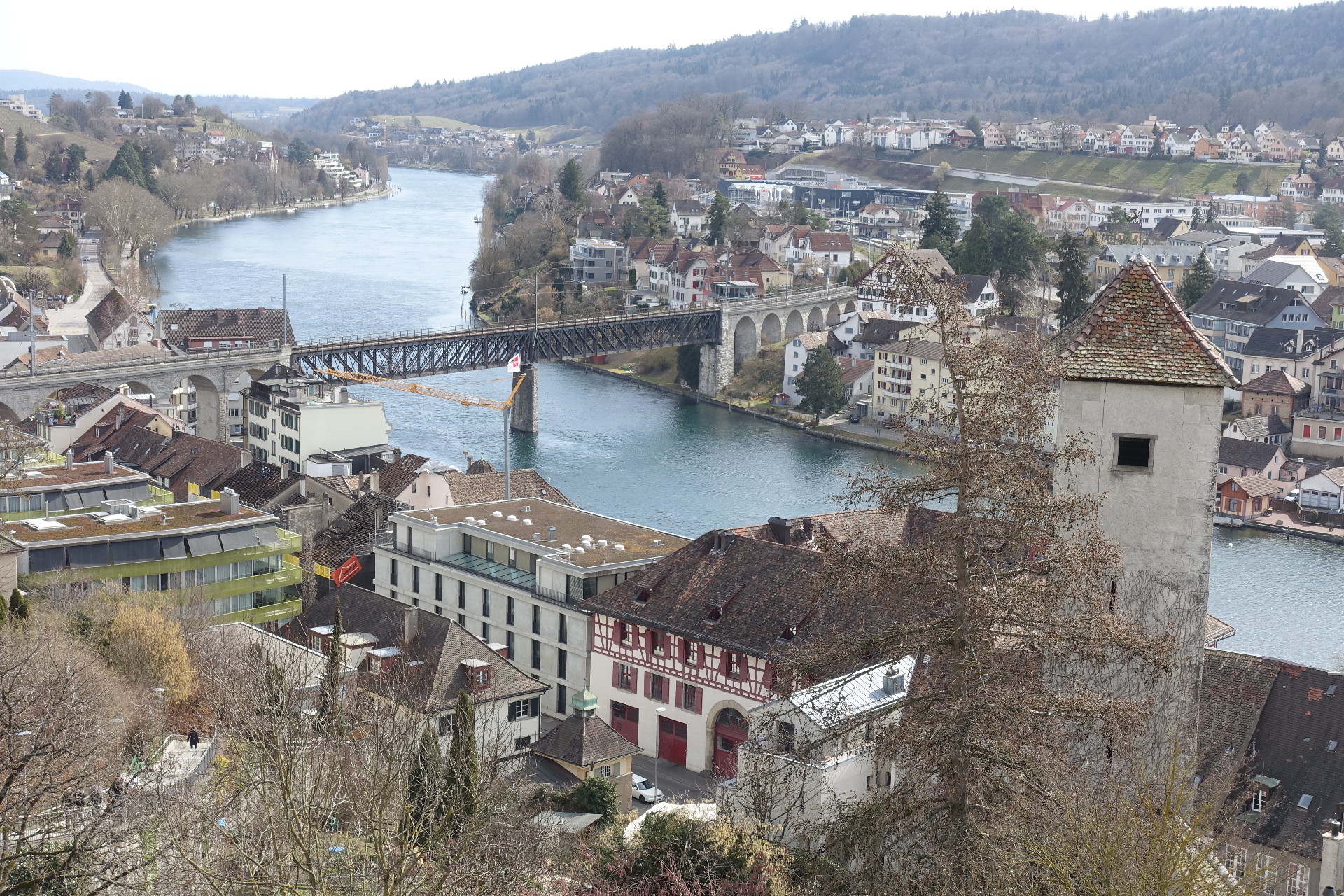 With the BW Ticket on the road in the “Ländle” -> For 30 Euro (2 persons) you can visit the Ländle and/or neighbouring cities by public transport without using ICE, IC and EC.

This trip took us in sunshine and pleasant temperatures via Stuttgart and Singen (Hohentwiel) to Schaffhausen, Rhine Falls, Neuhausen and via Singen am Hohentwiel and Stuttgart back home.

Schaffhausen (Switzerland) is a town on the Hochrhein, the capital of the Swiss canton of Schaffhausen and the largest municipality in the canton with around 35000 inhabitants. Schaffhausen is known for the nearby Rhine Falls.

The Rhine Falls are located in Switzerland on the territory of the municipalities of Neuhausen am Rheinfall and Laufen-Uhwiesen, about four kilometres west of the town of Schaffhausen. With a height of 23 metres and a width of 150 metres, the Rhine Falls are among the three largest waterfalls in Europe. When the water flow of the Rhine is medium, 373 cubic metres of water per second rush over the rocks in the Rhine Falls.

At 8:40 we started with the S5 to Stuttgart. Stop was on track 1, change to track 7 and continue at 9:15 with the RE to Singen Hohentwiel. Arrival at 11:25. With the regional train it went on to Schaffhausen at 11:36 am. After Bietingen we crossed the border and at 11:54 we reached Schaffhausen Hbf.

After a round in the town we went to the castle Munot. Via Munathaldenweg we reached the castle. On the plateau of the castle you have a great panorama view over the town and the surrounding area. The many picnic benches in the inner courtyard of the castle invited us to have a break for a snack.

For the way back we took the Munotstieg. A photo session with the five ladies from South Korea included.

Through the city and past the tourist information office we headed for the Rhine. On the right side of the Rhine we made our way to the Rhine Falls or in Swiss German also called Rhyfall.

In beautiful weather and passing the sewage plant we built the Rhine Falls, including a wonderful view of Schloss Laufen. Via various viewpoints and a great view of the Rhine Falls we reached the Schlössli Wörth.

It seemed that the waterfall did not rush downhill with the thunderous force due to low water.

After a short stay we passed the SBB station Neuhausen Rhine Falls to Heinrich-Moser Platz. Then a highlight of the day. An autonomous bus stopped directly in front of us. We got on and off we went with an incredible 15km/h about 500m to the Zentralstrasse. It was a test vehicle of swiss public transport companies. The ride was free of charge.

Over the Zentralstrasse through Neuhausenmake we made our way to Schaffhausen. After a small cash break in the Cafe Beck we took the regional train at 17:07 o’clock to Singen am Hohentwiel.

At 17:36 o’clock we continued with the regional train to Stuttgart. The train was on time. The change to the suburban train worked without any problems and punctually at 20:19 o’clock we erect Tamm.

It was a nice trip.

Pleasant journey with the regional trains of DB to Schaffhausen.
Worth recommending: The old town and Munat Castle in Schaffhausen as well as the walk along the Rhine to the Rhine Falls.